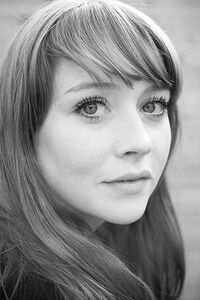 Laura Pyper is an Irish actress from Magherafelt in Northern Ireland. She trained at Trinity College, Dublin, where she studied English and Drama, and most notably starred in the second season of the Sky One supernatural television series Hex as Ella Dee.

She also played Vicky Nobel in the Irish film, Headrush, Vicki Lester in the RTÉ dramedy Bachelors Walk and Lin in Reign of Fire. She also guest starred in an episode of Doctors and in two episodes of The Bill, as Mandy Glover.

Most recently she appeared in an episode of Silent Witness, Judgement, playing Esther.

Retrieved from "https://hex-tv.fandom.com/wiki/Pyper,_Laura?oldid=4911"
Community content is available under CC-BY-SA unless otherwise noted.